As a Christian, I have heard people say so many things about my beliefs that are not true. Today, I want to debunk 8 myths about Christians and Christianity.

Looking in as non-Christians, a lot of people see things and get the wrong idea about us. So, I want to try to give simple explanations for why these myths about Christians are false.

Myths about Christians #1: God won’t give you more than you can handle.

We hear this all the time, but in all honesty, if God only allowed us to go through trials and temptations that we can handle alone, we wouldn’t need Him.

In 2 Corinthians 1: 8-9, we read where Paul is telling the Corinthians that he and his traveling partners were sentenced to death in Asia. They could not get out of the situation alone, but they had to put their full trust in God.

As with Paul and the disciples who were spreading the Gospel after Jesus’ return to Heaven, we are tempted and face trials and problems. Sometimes those problems are bigger than we can handle on our own. In those times, we have to rely on our faith in God to bring us through.

It’s great to hear that God won’t give us more than we can bear, but He does; He also gives us a way out of it through our faith in Him.

Myths about Christians #2: God doesn’t care where you live, what you do for a living, or what you eat.

God cares about every part of your life. He knows everything about you and has numbered the hairs on your head.

God also, according to Psalm 37:23-24, orders the steps of a righteous man. In the New Living Translation, verse 23 says, “The Lord directs the steps of the godly. He delights in every detail of their lives.”

God knows who you are, and He loves you. He wants to be part of everything you do in your life. Luke 12: 6-7 tells us that God watches the sparrows but that He values us (humans, Christians) more highly than the sparrows.

We are made in His image. He loves us so much that He sent His son to die for us.

Myths about Christians #3: Once you become a Christian, God will solve all your problems.

If this were true, then people would not think about myth #1. Right? 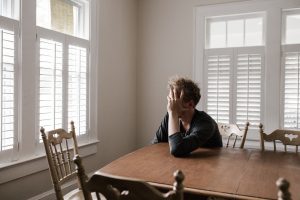 There are many times in the Bible that we are reminded that we will have struggles. God will help us through them, but He does not take them away from us.

In 1 Peter 4:12-13, we are told that we should rejoice in the fact that we are enduring suffering as Jesus did.

God doesn’t solve all of our problems. He allows us to endure trials so that we have a reason to grow in our faith. Through faith, we know that we can overcome all that comes our way.

Yes, Christians are called to love one another as Christ loved the Church. We are supposed to love our neighbors as ourselves. As Christians, we should display the love of God to those around us.

Though we are loving, we are NOT perfect.

James 3:2 states that we stumble or offend often. If we were perfect, we would not stumble. We would be able to do anything and everything without having a problem. God didn’t create us to be perfect. He created us to love Him and live our lives the best we can while trusting Him for things we need.

The Psalmist David shares in Psalm 42:1-3 that he is being questioned about where God is. He is going through some struggles, like his son defecting, and he wants to be closer to God during this time.

He illustrates this by saying that his soul longs for God like the deer wants water.

There are times as a Christian I feel like I am far from God. I have to pray more and seek God more in His word to be able to gain that closeness again.

Myths about Christians #6: Christianity is about following a list of Dos and Don’ts.

Though there are some things we, as Christians, should abstain from, we don’t have a list of Dos and Don’ts.

The most commonly understood rules for Christians are the 10 Commandments. By following those, we are living the laws that God gave to His chosen people in the desert.

Through the Bible, there are other things we are told to avoid, like being drunk with wine (Ephesians 5:18). These things are given to us as a way to help us avoid other problems that arise from doing them.

Christians are allowed to have fun!

Myths about Christians #7: Christianity is out of touch and out of date for the modern world.

Hebrews 13:8 says, “Jesus Christ the same yesterday, to day, and for ever.” God is the same God from the beginning of time until the end of time. He will never change.

No matter what the world is doing, God is the same and is always there for His people.

Yes, we have faith. We trust God to fulfill all the promises He has given. 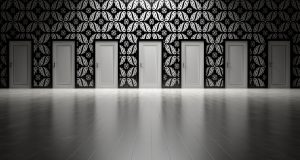 However, we can also think for ourselves. God gives us the chance to make our own decisions.

In Proverbs 16:9, we make our plans and God orders our steps.

Joshua 24:15 tells us the story of Joshua speaking to the children of Israel. They were in the desert and had to make a choice. He tells them that if serving God seems evil, they have to make a choice.

God does not force us to serve Him. He still loves those who do not choose to follow as Christians. God gives us the choice to decide whom we wish to serve.

As with Joshua, I choose to serve the Lord.

What other myths about Christianity have you heard, seen, or read? Have you ever had to debunk any of these myths for someone?

Leave a comment on how you would debunk the myths listed. Or, tell me what other myths you have had to clear up for someone.

If you are looking for these verses or others, please check out Bible Gateway.