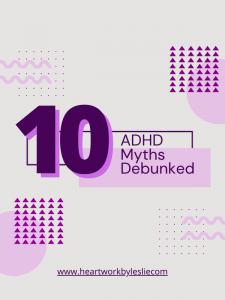 ADHD, Attention Deficit Hyperactivity Disorder, is “one of the most common neurodevelopmental disorders of childhood,” according to the CDC. Although it is normally diagnosed during childhood, it often continues into adulthood.

There are many common ADHD myths. People who do not have ADHD or spend a lot of time around someone who does have it sometimes find it hard to understand.

Today, we are going to debunk 10 of the most common myths I found about ADHD. These are by no means all of the myths, and I am only offering simple explanations.

ADHD is a medical condition. Medical studies have shown that ADHD can be hereditary. Children whose parents have ADHD have a higher chance of receiving a diagnosis of ADHD.

During testing, doctors have discovered that images of the brain are different in people who have or do not have ADHD.

Many times, people who do not understand ADHD sometimes think that those of us who have it are lazy or unmotivated. ADHD is not an issue of laziness or lack of motivation. There are times that people with ADHD are trying their hardest to focus or be able to do the things that are required of them.

While it is true that ADHDers sometimes have a hard time focusing, it is not true for all of us. Nor is it true for any one person all the time. 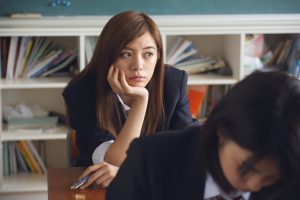 A lot of people with ADHD get easily distracted when trying to focus. I call this “Shiny Object Syndrome” because when I am focusing on things and see something else, I want to do, I jump to the new “shiny” thing.

The myth is that people with ADHD can’t ever focus, but there are times when we have hyperfocus. Hyperfocus allows us to be completely in tune with what we are doing for as long as we need to do it.

Sometimes a person may lose focus during an activity that does not interest him/her. On the other hand, the same person may be able to focus for hours on other activities.

For example, a student may not be able to focus on reading or math but can play video games without stopping.

ADHD Myth #4: All kids with ADHD are hyperactive.

Hyperactivity is not always a symptom of ADHD. That means that not every person with ADHD is hyperactive, and not every hyperactive person has ADHD.

This is a stereotype. It is often shown this way in movies and on television.

ADHD, predominantly hyperactive-impulsive presentation–This person does not have a lot of trouble with attention. This is the type most common in young children. They have a harder time sitting still or staying in one place. 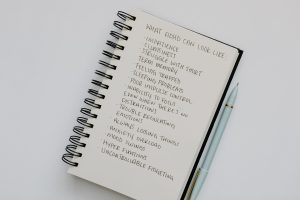 ADHD, predominantly inattentive presentation–This person has trouble paying attention and is easily distracted. He/she may struggle in school because of inattention. A person with this type of ADHD does not typically have issues with sitting in one place or remaining still.

ADHD, combined presentation–This person has significant problems with hyperactivity and inattention. He/she struggles with both sides of ADHD.

This is me. As a child, I focused at school and did not have any behavior issues. Then, when I arrived at home, I was off-the-wall. I couldn’t focus on anything. IT took me hours to complete my homework because I had focused so much all day that I didn’t have the ability to force myself to focus any longer.

ADHD Myth #5: Only boys have ADHD.

ADHD looks differently in boys and girls. That’s a post for another day. Sometimes it is not noticed as much in girls, but it does occur.

Boys are more likely, twice as likely, to be diagnosed than girls.

ADHD may interfere with learning, but it does not affect the skills needed for learning things like math, reading, and writing.

People with ADHD may have a learning disability as well, but ADHD is not one.

Also, ADHDers may be able to get support and help at work or school.

As a child with ADHD grows up, he/she may experience a change in symptoms. People learn to cope with ADHD. ADHD does not typically “go away” as the person gets older.

I wrote about how I live with ADHD here.

ADHD Myth #8: ADHD is a result of bad parenting.

Fidgeting, not listening, and being impulsive sometimes seem rude to others. However, in someone with ADHD, these are signs and symptoms of a medical condition. These things are not from a lack of discipline.

ADHD #9: Treatment will cure ADHD, and the goal is to get off of medications as quickly as possible.

ADHD is a chronic condition. Again, it often does not go completely away.

In some cases, for a person who already has high energy or is impulsive, caffeine may increase these things.

In other people, caffeine can help people focus more. This is especially true for people who are not medicated for their ADHD.

As an ADHDer, I find some of these interesting and others funny. People who don’t have ADHD do not always understand what it is like.

If you know someone with ADHD, ask him/her questions about what life is like. Most of us aren’t ashamed to talk about it. Actually, most of us want others to know and understand so that we can get these myths to go away and not have to explain ourselves all the time.